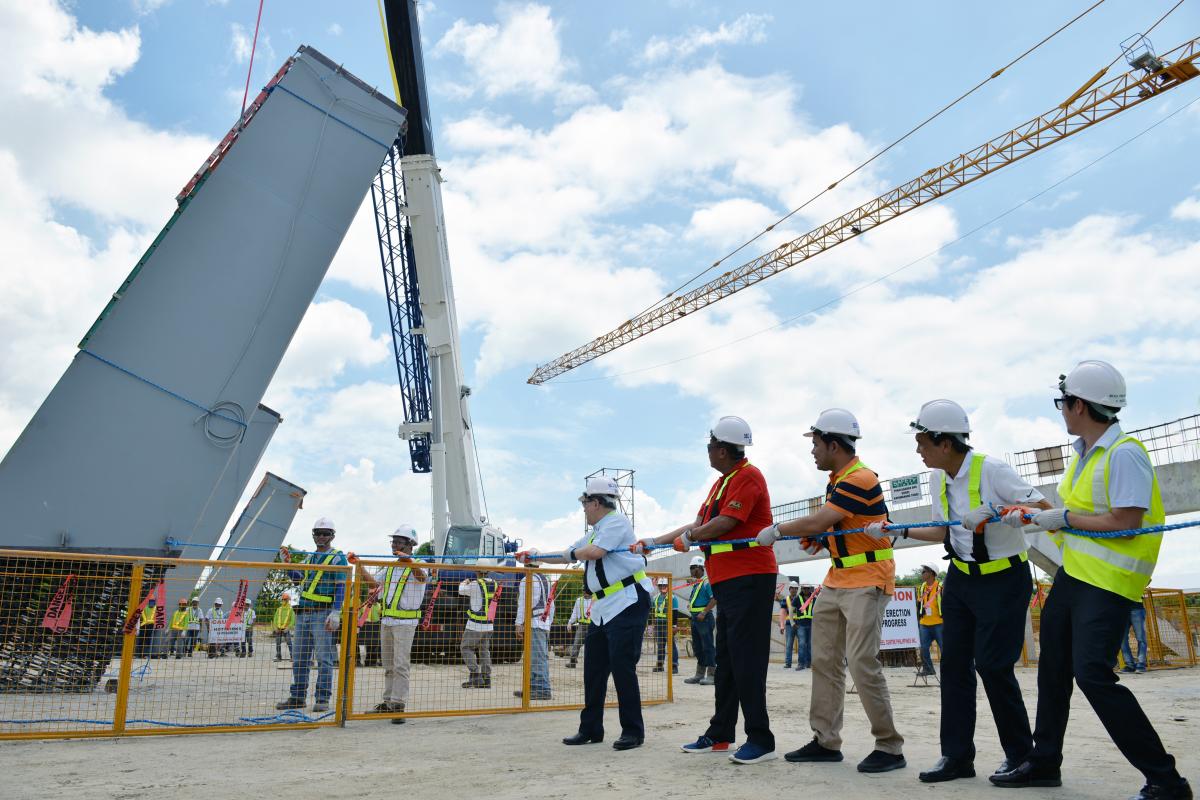 Finance Secretary Carlos “Sonny” Dominguez III leads the economic team in the installation of steel columns at the Athletics Stadium in New Clark City. The world-class stadium will be used for the Philippines’ hosting of the SEA Games in November 2019 (Source: DBM)

Pernia, along with the Build Build Build Team, held a press briefing on Wednesday at the National Government Administrative Center (NGAC), which is Phase 1 of the New Clark City, one of the high-impact flagship projects of the administration. New Clark City, the country’s first smart, green, and resilient metropolis, is located within the Clark Special Economic Zone.

“Our vision of having a centralized government center is finally in the works of becoming a reality. By 2020, we will see the National Government Administrative Center completed and fully operational,” Pernia said.

“This project is a testament to the government’s commitment to spread growth to the regions while easing congestion in Metro Manila, Metro Cebu, and Metro Davao,” he added.

The Duterte administration increased the government’s infrastructure spending as part of its strategy to bring inclusive growth in all regions.

According to Pernia, the NGAC will “ensure a more organized bureaucracy and faster processes bringing government workers and government agencies spatially closer together.”

“We’re trying to make up for decades of lost time. We are moving fast and we want the projects to move fast,” Dizon pointed out.